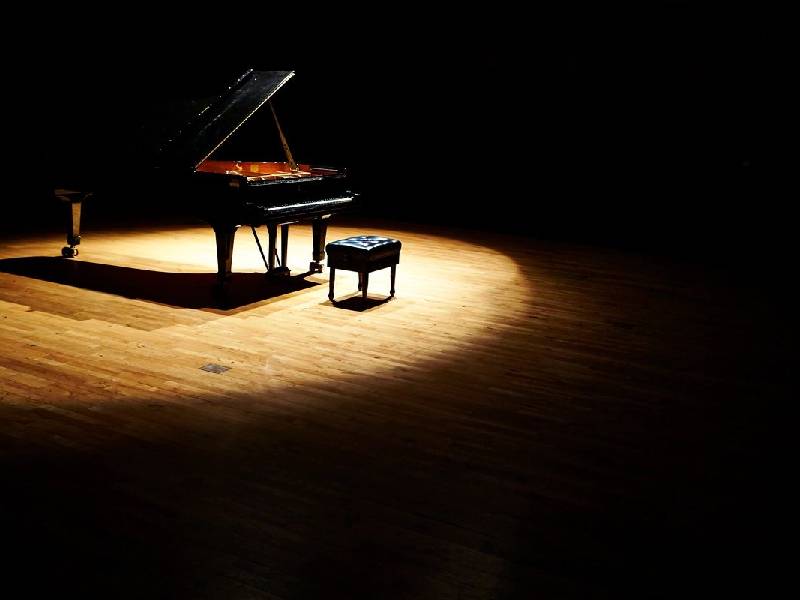 Well, In an age where the computer has changed just about everything, including me…. You need to wonder which is the better choice..the computer… me… or both…. However, Each Piano tuner is different, so many opinions are out there. I have compiled a list of articles concerning the matter.

The Los Angeles Times (registration required) has an article about the debate within the piano tuner world over the use of computers. The argument doesn’t seem to be over whether computers can help you tune each key to a specific frequency; this is just the sort of thing people generally agree machines are good at. Rather, the argument is over what the work of tuning a piano really is , and whether it can be turned over to software and sensors:”There are a lot of people who use electronic tuners,” said [piano tuner Ron] Elliott, a soft-spoken 51-year-old with clipped, graying hair. He wore a suit and tie. “Maybe they never really learned to tune by ear.” He said no computer can “hear” the subtle tonal differences between two pianos, or along the multi-string unisons within a single instrument.

“A machine is very rigid,” said the Pasadena resident. “Tuning is creative.”

Apparently, really good tuners don’t just calibrate the keys to a list of assigned frequencies; they adjust a piano’s voice to suit a player’s style. Two pianos can both be “tuned,” in other words, yet sound different.

This is an argument that seems to get replayed whenever work is automated– whether by computers or other mechanical devices. It’s easiest for advocates of machines to win debates involving manual work, where it’s clearer that, say, a truck can go faster and carry more than a person. But with knowledge work, craft work, and services, automation raises a bigger question: just what is the job? What are the skills that you can reproduce mechanically (or in code), and which ones can’t be?

I think we may be starting to see the beginnings of a recognition of the virtues, and especially the limits, of automation. Professional work, services, and skilled work (like piano tuning) involve kinds of knowledge and judgment that can’t be reduced to ones and zeros, and poured into databases. This doesn’t mean that you can’t still move jobs offshore in search of cheaper labour, or do lots of other things that are bad for workers– it may turn out that trading lower quality of service for much lower costs is something managers are willing to do– but at least you have to acknowledge that there is a trade-off.

It will be interesting to see if this has any effect on the ways we design tools– whether we think more in terms of creating software whose purpose is augmentation of human abilities, rather than their replacement.

There is no comparison to electronic tuning devices of today and those of 25 years ago. The Piano Technicians Guild sponsored two friendly “tune-offs” between Jim Coleman and Virgil Smith. Each tuned a piano, one aurally and one electronically (Chicago and Orlando). 500 music experts judged the tunings, not knowing which method was used to tune each piano. Jim Coleman won the first by a margin of 60% to 40%, Virgil the second by 52% to 48%.There is such a thing as advanced electronic tuning. The strobe and others use charts, and I agree this cannot compete with your better aural tuners. Devices such as Sanderson Accutuner, Reyburn CyberTuner, Verituner and others, skillfully used, can give better results than the best aural tuners. Aural tuning skills are helpful but not at all necessary. Most RPTs I know use electronic devices primarily and also check by ear.

It is more accurate to match partials using the best ETDs than by ear. The Verituner is made to tune a piano using the same procedure an aural tuner uses.

CyberTuner and Accutuner measure mathematical deviations of partials of sample notes in bass tenor and treble and are capable of great custom tunings. These machines can be used to match partials and give extra stretch in the treble, as good aural tuners do. I use basic aural checks in the bass tenor break and recalculate my machine as necessary.

Cheap and small pianos are notorious for high and erratic inharmonic’s. In the treble I check double octaves and arpeggios. I can change the treble stretch on my CyberTuner as need be.

The physical part of piano tuning is often overlooked. All but a few in our PTG chapter (RPTs included) came up and demonstrated their hammer technique. I found major flaws in everyone I saw. Most were not moving the tuning hammer parallel with the pin block. Most did not make use of their larger muscle groups, forget about synchronizing body movement. Half of them were slapping the tuning hammer, bending pins and hurting their hands.

Ideally, tuners should grip the tuning hammer tight or twist the handle opposite the way it wants to go or pins on new pianos will get bent and pin blocks will get stressed. Most did not take advantage of arm and body leverage, nor did they extend the tuning hammer shaft enough, if at all. Most were not very ergonomic (this can cause fatigue and pain). Too many had back, arm, elbow, wrist pain.

The chapter’s ruling RPTs in their infinite wisdom would not allow me to demonstrate my hammer technique. What do I know, I’m just a dumb associate PTG member.